It’s Christmas Eve, and a restless little girl toss and turns in her bed: but she can’t sleep. Then she notice some one sitting at the bottom of her bed. It’s not mum and it’s not dad, who is it?

Find out who in Jalila’s Christmas adventure “Wings For Christmas” 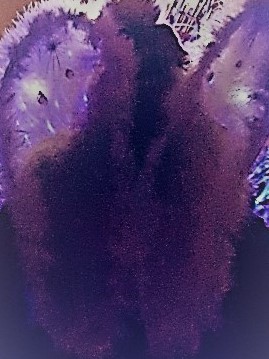 Mr Frost nipped at her nose and prickled her cheeks, but Jalila didn’t notice, she was too excited. This was her favourite time of year, apart from her birthday of course. Christmas time was so much fun, all the shops were full of toys and decorations, even presents for mums and dads, although some looked a bit boring.

The winter sun bounced off Jalila’s wings making them shimmer and shine. They weren’t real wings, of course, they were toy wings made from shiny fabric and covered with sparkles and glitter. Jalila loved her wings and wore them whenever she could.
“Be careful the ground is slippery” mum called to Jalila.
“I’ll be careful, I promise” Jalila called back as she skipped towards one of the large shop windows. In the window was a Christmas tree and a log fire, with lots of toys spilling out of a huge brown bag that sat next to the Christmas tree. On the other side of the fireplace was a large chair and a coffee table with a big mug of coco and a plate of cookies on top and a pair of big black boots tucked under the table, it looked like it could have been Santa’s front room.
“ooh, that’s a really nice window,” mummy said as she stood next to Jalila, “Shall we go and see what they have inside?” mummy urged as she held Jalila’s hand. “What shall we get daddy,” she asked pushing the door open.
“A train set” Jalila said confidently, as she skipped into the shop.
“A train set?” mummy was baffled.
“Yeah, it would be fun” Jalila said.
“Well I don’t know if daddy would like a train set. Maybe a beard kit?” mummy said picking up a box with a picture of a man combing his beard. Jalila looked from her mum to the box and back to mum again. Gosh, grownups could be so boring sometimes. Just then something caught her eye, a man wearing a very funny pair of red and white stripy socks.

“It’s elf man” Jalila squealed running towards the man, she was certain he would know where Santa was.
“No, wait” mummy called, but Jalila was already running after the elf man. In her eagerness, she didn’t watch where she was running, then thump. She fell to the ground. Another shopper had knocked her down. When mummy found her, Jalila was crying.
“I am so sorry,” the lady shopper said to Jalila and mummy.
“That’s ok” mummy said, “we are not supposed to run in shops, are we?” mummy said giving Jalila a hug.
“Did you hurt your leg?” mummy asked rubbing it gently.
Jalila nodded her head, but she wasn’t crying because she hurt her leg, although, it did hurt a lot. She was crying because her wing was broken, as she held it up to show mummy.
“Would you like new wings for Christmas?” mummy asked.
“Yes please,” Jaila said as she wiped away her tears.

On Christmas Eve night, Jalila was snuggled up in her bed. She tried hard to sleep because in the morning her presents would be under the Christmas tree. She couldn’t wait to wear her new wings. She tossed and turned in her bed for what felt like a very, very long time. Then she saw someone sit at the bottom of her bed. She rubbed her eyes and looked again. It wasn’t mummy or daddy. It was a boy, a bit older than her. He sat on her bed, dressed in white, and he had wings.

They were not, toy wings with large loops to stick your arms through, and they were not made of shiny fabric. They were his very own wings.
“Who are you” Jalila whispered.
“I’m your guardian angel,” he whispered back “you can call me Jack.”
“Jack where did you get your wings?”
“God gave me my wings,” Jack said smiling.
“Would God give me wing?” she asked excitedly.
“Well, you’re human. God didn’t make humans to have wings,” Jack said,” he created people to look like him.”
“Oh,” Jalila was disappointed.
“But I can take you on a special trip, using my wings,” Jack said, he didn’t like to see Jalila sad.
‘You mean you will help me fly,” Jalila clapped her hands with excitement.”
“Are you ready?” Jack said.
“Yes, yes, I’m ready” she smiled, as she put on her dressing gown and slippers.
“Hold my hand,’ Jack said as he opened the window of her bedroom.
Out the window they flew. Upwards and across the roofs over the tops of the houses where Jalila lived. Across the top of her school roof, and over the playground where she played with her friends. They flew upward into the night sky towards the North Star, they passed through the clouds and flew above them for a little while. It was fun flying above the clouds, it was almost like being on a plane, but the wind blew through Jalila’s hair and tickled her cheeks.

Soon they started their descent, going downwards gradually. The clouds drifted apart, and the stars twinkled in the sky. They flew over the desert, towards a light that glowed brightly in the night sky. Jalila and Jack followed the light, they passed over big towns and little villages, over the hills where sheep slept in the fields. Then they arrived at a small village.
At the further end of the village, the light rested over a house. Underneath the house was a basement with a large double door. The door was opened. There were lots of small animals sitting around the doorway. There were sheep, rabbits, goats, cows, a horse and a donkey. The donkey looked very tired as he munched slowly on a bale of hay.
Jalila and Jack landed on the ground a few yards from the basement where the animals were resting.
“What are we doing here,” Jalila asked Jack.
He pointed towards the open door, passed the animals and into the heart of the basement. There they saw some men standing in a little semi-circle, and in the middle, was a woman holding a little baby.
The Heaven’s opened and thousands of angels started to sing, “Hallelujah the Saviour is born,’ and within minutes the heavens closed up again.

“Why is her baby outside” Jalila was shocked, the baby, was very little and it was definitely, passed the baby’s bedtime.
“All the houses, are full,” said Jack “and this is the only place they found, where they could stay for the night.”
“But won’t the baby be cold,” Jalila said, she sounded very worried.
“The animals have settled themselves around the door so the heat from their bodies will keep the baby warm,” Jack explained.

“The animals are very clever,” Jalila said, she loved animals as much as she loved to have wings.
“Why does this house have its own stars,” Jalila pointed to the bright star that shone above the top of the house, giving light to the little farmyard.
“That’s a special star,” Jack said, “and this is a special night.”
“Why is it because it’s Christmas” she whispered, just in case someone might hear and know she is not tucked up in bed.
“Yes, it’s the First Christmas’ Jack explained “and in there is a special baby. It is his birthday. This is baby Jesus.”
They move a little closer and sat down next to a family of sheep, and Jalila looked at the tiny little boy as he lay in his mummy’s arms.
“He hasn’t got many birthday presents,” Jalila said.
“This little boy will grow up to be a great man, he will teach people really important things,” Jack said.

“What’s so great about being a teacher?’ Jalila asked, she had teachers, some were nice, some were strict, and some smelt a little funny.
“That little boy is also the creator that had made you and me, and all the animals that are sitting around him keeping him warm. He has received special gifts, Gold, expensive perfume, and other magnificent gifts. He is a royal baby. He is a king. But not a King with a Palace here on earth. He is the King of God’s Kingdom in heaven” Jack explained.
“He will teach people about the Kingdom of God. And because of his great sacrifice, people will be able to be with God again in heaven. Just how God wanted them to be in the beginning.”
“This is the first Christmas night, and because of tonight, people celebrate Christmas every year and show their love for each other with gifts,” Jack explained to Jalila.
They stayed for a little while longer and watched the little baby. When he had fallen asleep in his mother’s arms, Jalila and Jack flew back home.

Next morning, when Jalila’s mummy and daddy were drinking their morning coffee in the kitchen, they heard a little voice coming from the front room. They peered around the door and found Jalila sitting by the Christmas tree, wearing her new white sparkly wings. She sat with her soft toys, Coco the monkey, Ted the bear and Apple the pony. She was telling them the story of the first Christmas night. When a very special little baby boy was born, a long time ago in a far-off land. A little boy that came to give men on earth a very special gift. The gift to live with God forever in heaven.

“Today in the town of David a Saviour has been born to you; he is the Messiah, the Lord. This will be a sign to you: You will find a baby wrapped in cloths and lying in a manger.”
Luke 2:11-14 (NIV)